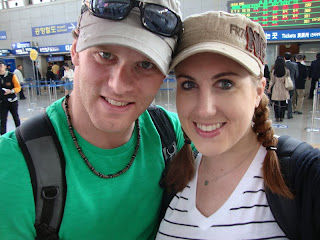 Warm weather to me =  time to pull out the flip flops, shorts, tank tops, and summer dresses.  Usually when a new season begins I like to go shopping and see which of the new styles I'll be able to pull off. Granted that was when I lived in the US, and I could run to one of my many "go to" stores, <Old Navy, Target, Khol's, Forever 21, Charlotte Reuss> and get something new relatively easily. I'd heard about shopping in Korea before I came.  I knew I might have some trouble finding shoes my size, pants my size, and even flip flops might be impossible. When I came last August it was nearing the end of summer in Korea, so I was pretty much set, I even managed to get through fall and winter with no probelm, thanks to one shopping trip to Seoul in September, a birthday/Christmas care package from my Dad and Trish, and a few exciting finds from the shoppes in Pohang. Don't get me wrong, I'm certainly not that fashion savvy AT ALL, but I do enjoy adding a few new things to my wardrobe now and then, who doesn't?

I explain all this, because a few weeks ago Leigh and I both decided that we were severely unhappy with our wardrobes (I was surprised that guys get frustrated with their clothing selections, too!) so we decided that we'd plan a trip to Seoul to snazz up our wardrobes, and to celebrate our 6 month anniversary! We saved up so that we'd have some extra shopping money, plus it's about $90 to travel to/from Seoul by the KTX train, and then accomodations for the evening, we wanted to make our trip worthwhile.  So on a gloomy Saturday morning, we ventured to the Pohang Bus station to take a 30 minute bus ride to Gyeongju and then catch the KTX to get to Seoul (which can take 4-6 hours on a bus) in 2 hours! We arrived in Seoul right around lunchtime. We grabbed lunch and then hit the shops. 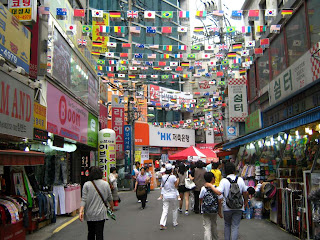 When I say hit the shops, you might be thinking a typical 2-3 western style mall, or even one of the outdoor shopping centers that are becoming more and more popular.  That's because I didn't mention that Seoul's not just any, old city.  It's by definition a MEGAcity with a population of 10 million, and 24.5 million in the entire Seoul Metropolitan Area. We chose to start in the Namdaemun Market area because it had the Forever 21 and H&M stores that I was really excited to shop in! 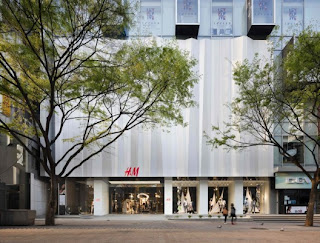 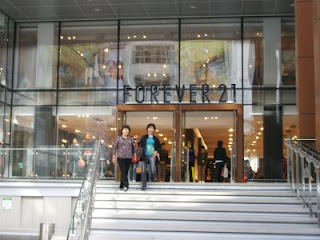 Namdaemun Market has just under 10,200 stores. 50,000 people work at the market, and the number of daily visitors ranges from 300,000 to 400,000 people a day.  As you can imagine,  Leigh and I weren't the only ones that decided to go shopping that day! :)  The last time I was in Seoul, it was Chuseok <Korea's Thanksgiving> so the streets were deserted! This time, they were not.  I didn't take a single picture, mostly because I was in awe at how many people were there, and if I'd stopped to take a picture I would have been run over! :) We found the Western stores I wanted to visit, but honestly I didn't have very much luck.  The Forever 21 was 4 - yes, 4!! stories tall and the line to try anything on was about 15-20 people long.  H&M was the same way. There, I slipped on the tank tops over my clothes and found a few cute things.  Most of the Korean stores don't let you try things on, I found a few t-shirts for 3,000 won, and had great luck at the stands in the middle of the streets, I found 2 great pairs of shoes I've been living in, and a really cute, 12,000 won ($11) purse! Leigh, being a guy, had amazing luck, didn't have to try on a thing, and made out like a bandit for less than $150 dollars! All in all, we both really enjoyed our time and have been enjoying our new purchases! :) That night we headed to Itaewon, which is the Western part of Seoul with lots of bars, and tons of Western food, including a Taco Bell, a Subway, and a Coldstone Creamery! I had Taco Bell for dinner that night and for lunch the next day :) I miss Mexican food like crazy! 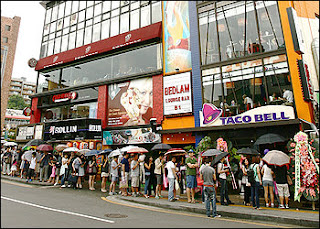 I realized I hadn't taken any pictures and started snapping some at the Train Station right before we left! :) I snagged some off the internet to give you a better idea of the shopping centers! :) 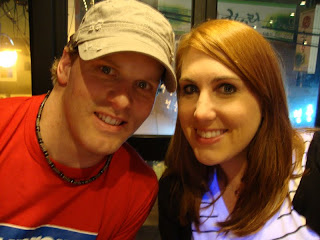 Seoul's been a blast both times I've gone, but I was happy to be back home to Pohang! :)
Thanks for reading! Love Always, Em! :) 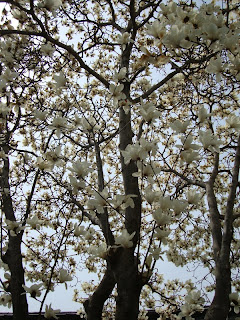 Warm, sunny weather, flowers in bloom - Spring has officially arrived in Pohang! :) To take advantage of the beautiful warm weather a few of us got together this past weekend to take a scooter ride to Gyeongju, where the annual Cherry Blossom festival was taking place.  Turns out we were 5 foreign guests on a pretty serious motorcycle ride.  There were 22 bikes in all winding through the backroads of South Korea.  Upon arriving in Gyeongju we rode through a park to take in all the blossoms, and then after weaving through traffic jammed streets we made it to the popular family destination Bomun Lake.  Pictures of the day and some information on the significance of Cherry Blossoms in Korea.

On Friday, I had a meeting with my co-workers to discuss me staying to teach for another year, and as we were waiting for lunch to begin, my director and friend Rim, explained that the Cherry Blossom trees are a reminder of Korea's painful past. Korea was formerly a colony of Japan, and its colonial enterprises, imperial Japan often planted cherry trees as a means of "claiming occupied territory as Japanese space". To some Koreans the cherry blossom trees, though only in bloom for 2 weeks, are a not so happy reminder of the time when Japan ruled Korea.  With that being said, it's still a celebratory time where friends and families enjoy taking in the beautiful blossoms. 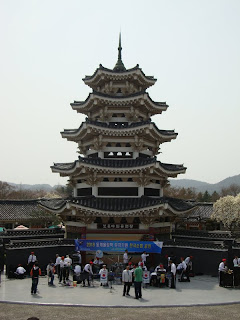 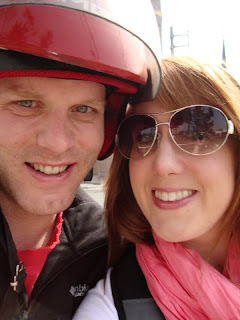 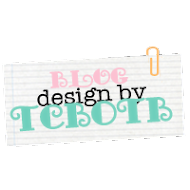